SnowWorld thinks the condition of the piste is enormously important. This is why we make sure that all pistes are supplied with crisp fresh snow. The pistes are prepared every night. We maintain the snow in optimum condition by cooling the ski hall to between -5 and -8 degrees C. 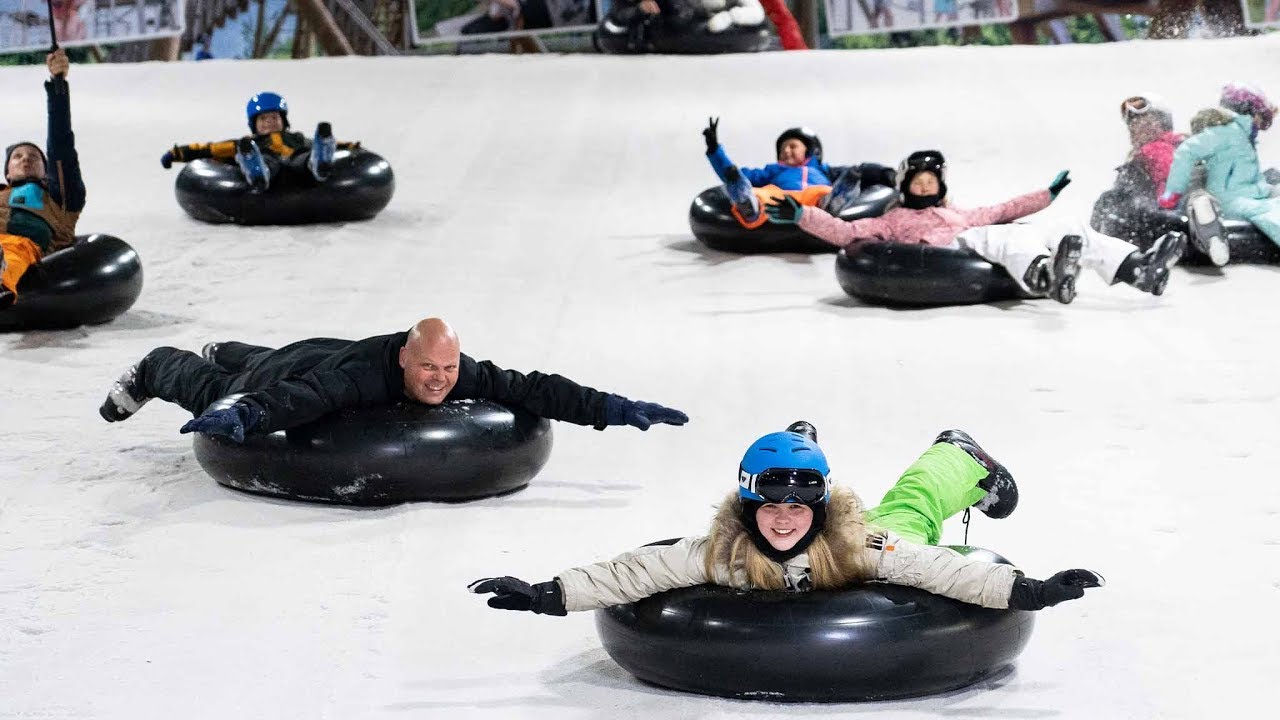 After closing time, the night team can get to work preparing our pistes. The snow needs enough time to be able to harden. Once the pistes are covered in snow, this takes about 5 to 6 hours. The faster the 'snowing' is ready, the better is the piste the next day

Making fresh snow is pretty complicated. 'Real' snow falls from the Earth's atmosphere and freezes as it falls through the air. Indoors, this fall time must be compensated for. We do this by using compressors and compressed air, to which water is instantly added.

During summer, the snow on the pistes is completely replaced. We then fully cover the pistes again with fresh snow.

At SnowWorld we ensure that it's always perfect weather for skiing and snowboarding.This way SnowWorld can make perfect pistes so you can swish down the slope just as enjoyably as in the real mountains. Next to that, at SnowWorld you can also enjoy the après-ski.

Hiring skis or snowboards is naturally also possible at SnowWorld. We always have the best material for hire.

Our pistes are used every year by many athletes for training. As SnowWorld is able to keep the hall cold, the snow stays in good condition. In the mountains, the snow gets slushy at the end of the day.

SnowWorld Zoetermeer has 3 pistes and a children's playground. There's also the steepest indoor piste in Europe that is no less than 300m long. For some of the year, there's a fun park on piste 2. The fun park has numerous rails, boxes and jumps.

SnowWorld Amsterdam has 2 pistes, including 1 children's section. The big piste has a fun park on the side with various rails and jumps. Here experienced winter sports folk can show off their tricks. The pistes have drag & drop lifts and belt lifts.

On the ski slopes at SnowWorld Rucphen, beginners and advanced skiers and snowboarders can have big fun on the beginners' slope, one of the 3 pistes for the advanced, or in the fun park met various rails en jumps. The ski slopes have modern ski lifts, such as various drag & drop lifts and belt lifts.